Betsy DeVos and her husband Dick ruled GOP politics in Michigan for several years. They are both children of wealthy entrepreneur fathers. Richard DeVos, Dick’s father, was a co-founder of Amway. And Betsy’s father made a fortune in the automotive industry.

When Mr. Trump needed a secretary to run the education department, Betsy DeVos wanted the job. Betsy and Dick contributed more than $1 million to Trump’s campaign. And Betsy wanted to change the current education system into a for-profit industry. Mr. Trump gave her the position, but members of Congress thought she was a bad idea. Mike Pence had to break the tie vote in order to make her the secretary of education.

Betsy’s four years as education secretary was a train wreck from the start, according to the Washington Post. Her lack of experience and her entitled attitude pissed teachers, parents, and the education department off. But Betsy continued to push her for-profit school agenda. She helped get a for-profit program going in Michigan, and several other states joined in and offered families the same education program, especially in low-income areas.

Mr. Trump supported most of her decisions while she was in office. The New York Times said most of those decisions were not hers in the first place. The NYT report claims she was a mouthpiece for ex-President Trump. Betsy denied those claims. But some of her policies had Trump’s fingerprints all over them, according to her critics.

Her 60 Minute interview highlighted the flaws in Betsy’s education plans. She had a hard time expressing herself. And a hard time answering questions. Basic education questions eluded her, so her performance produced more critics than fans.

The DeVos allegiance to Mr. Trump ended on January 6. Betsy got out of Washington on a private jet and headed back to Michigan after she told the press Trump played a role in the Capitol riot and that was not okay.

Ms. DeVos is a career politician who has billionaire status in Forbes magazine. She is still a key figure in GOP politics in Michigan. Betsy continues to raise money for the GOP. But she let fellow Michigan GOP members know the party does not need a person to rule without expressing the proper GOP principles. She also told the press her time in Washington was as unpleasant as a visit to the dentist, but she had to do it. 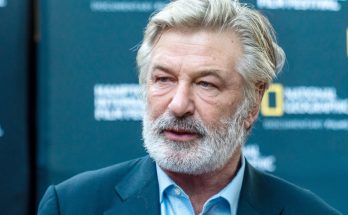